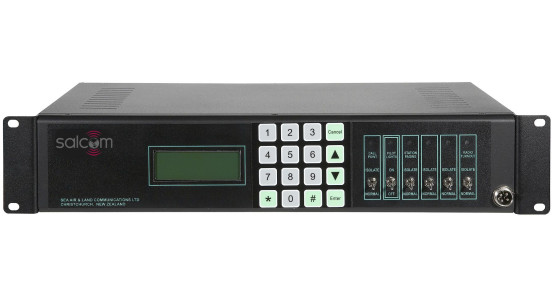 The new 22-54 is used for activating station sirens, opening doors, pilot light control, traffic light control and local paging transmitters (with a Salcom paging transmitter) either via a radio network command from FireComm or an on-station device such as a front of station Call-point. Inputs are available to report the status of station equipment, such as FLEX paging terminals, back to Fire Control or for a full station activation.

Salcom has been providing station activation decoders since the early 1990’s and designed our first full TOC in 2005. Salcom’s 22-54 TOC is purpose-designed for New Zealand Fire Stations using the time proven SELCALL signalling method used in all FENZ stations today. The Signalling module is interchangeable so future-proofing the TOC in the event of a migration of the communications infrastructure.

Real-Time Clock:
The onboard Real-Time Clock (RTC) is used to set the alarm time, night mode function, and to track the current time and date. To ensure that all outputs will be correctly timed in the event that the onboard RTC backup battery and the mains fail. The backup battery has a nominal capacity of 160mAH, which will run the RTC for 36 years.

Outputs:
Thirteen relay outputs are provided for siren, door, lights, paging and traffic light control with sequencing and timing options.  One output is a dedicated three-phase siren control with rise-fall timing and night activation delay mode. All outputs are delayable and have run times programmed.

Permanently crewed stations
Additional features for stations with permanent crews include an ascending level siren output for connection to a station Public Address system, a microphone input for station announcements and four programmable rising bells to announce a rising alarm or shift changes.

Polling
The 22-54 supports a polling technique where the station can be commanded to reply to FireComm without causing a full activation.  This is used by FireComm to check the health of the turnout system without activating the station.  All communication with FireComm is Command-Acknowledged to minimise missed calls or event reports.

LCD Display & Keypad
A backlit display shows the station name, current time and date and the last activation method. Used in conjunction with the keypad programmable features such as rising bell times, night activation times and turnout test are accessible.